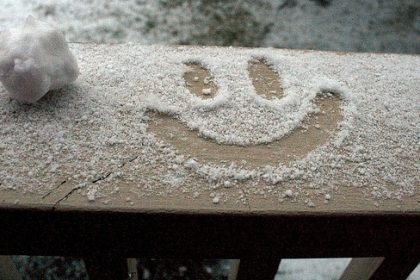 I grew up in Syracuse, NY, which is the snowiest city in the United States. Yes I know. You’re probably thinking, “Surely somewhere in Minnesota, Wisconsin, or even Michigan is snowier.” But you’d be wrong. There’s a whole lot of physical science that goes into it and if I had paid better attention to Mr. Sharp’s class when I was in 9th grade, I could probably explain it better. Basically, it has something to do with the lake effect snow that comes off of Lake Ontario. But unlike other areas that experience lake effect snow, what comes off of Lake Ontario makes it to the Appalachian Mountains in the eastern part of New York, and basically the snow loops back and pretty much dumps it all on Syracuse. Yup, that’s our claim to fame…home of the Carrier air conditioning company, Jim Boeheim, and a boat load of snow.

But as you might imagine, when snow hits, Syracusians are pretty well prepared for it. A foot or more could fall over several hours and we’re still driving down the NYS Thruway doing 85. Schools are open, the grocery stores remained fully stocked of bread and milk, and life essentially goes on as planned. Growing up, I only got out of school if so much snow fell so quickly that the snow plows couldn’t keep up with it, or if it was less than -10 degrees outside. (They didn’t want us catching hypothermia while waiting for the buses.)

Here in Tennessee, however, it’s quite a different story….and I love it! Since no one has hired me as a full time humorist yet (although maybe someone reading this entry will see my invaluable talent as a writer and change all that), I am forced to keep a day job in order to feed the pets. And as many of you know, that day job is teaching high school. Not the highlight of my existence, but it’s a pretty decent gig. I never have to work the major holidays, I get 2 months off each summer, and best of all, I get snow days! Those beautiful unplanned days off in the middle of the winter where I can sleep late, eat junk food, and lie on the couch watching Dr. Phil.

Down here, below the Mason-Dixon Line, even a dusting of snow is cause for panic. And an inch or more? The governor is going to declare a state of emergency. And while we Yankees laugh ourselves into a stupor when half an inch falls and we see Nashvillians scramble to the nearest Kroger and buy up every last gallon of milk because they just don’t know how long they are going to be snowed in their houses, unable to access food, I cannot deny my joy of knowing I will not have to go to work tomorrow. Heck, I may not have to go for the rest of the week!

The only thing that sucks is when a snow “storm” does hit and I genuinely do need milk. I hate being that a—hole I know all the Northern transplants are laughing at when I attempt to inconspicuously grab the gallon. But, we all know God has a sense of humor. So guess where I’m off to now?