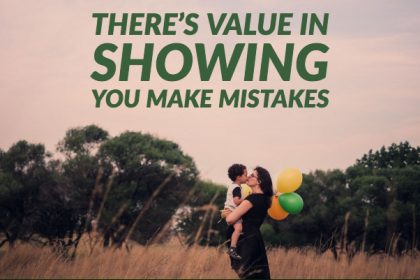 We all remember the famous picture of the ultimate “that” mom, Kate Middleton, squatting next to little Prince George on the sidelines of one of Prince William’s polo matches. The young prince had obviously been behaving in a less than charming manner and the Royal Duchess was not having it. She waved her finger in his face in reprimand. Or the time he got a bit rough with Aunt Pippa’s train when he was an attendant in her wedding. Mama Middleton was captured kneeling down and giving the tot a good, stern talking-to. And of course, there was the time in Hamburg when Princess Charlotte had a very public melt down. Her Royal Highness bent over and nipped it in the bud with a stern voice and a “look” that could kill.

I point out these joyous moments of Middleton’s mommy mayhem to remind all of us not “that” moms out there that we will get mad at our kids. Even if you have an all-access pass to the Royal Palace, you are not immune from the occasional loss of temper when it comes to your offspring. We all do it. Despite our best intentions to adhere to the child-rearing experts who insist that yelling has a “profoundly negative impact on children’s wellbeing”, we all resort to it from time to time. If you’re me, you resort to it way more than that.

Here’s the thing. It’s ok!! Now don’t misunderstand me. I’m not saying you should yell at your kids! (Don’t crucify me just yet, “that” mom squad!) I agree that constant bellowing can lead to diminished self-esteem and depression. Plus, it’s bad for your kids. And I’m certainly not condoning screaming in your child’s face. I would never excuse calling them names. (In fact, I avoid using names altogether in those instances. I am likely way too flustered to get it right. I can’t tell you how many times I’ve accidentally yelled at my daughter with my husband’s name! I’ve even been known insert the dog’s name when giving her a tongue lashing! To be fair though, all 3 listen equally as terrible.) But let’s be fair. At some point, your little darling is going to do something (or as is often the case in my home, NOT do something) that will cause your voice to reach ear-splitting decibels. Don’t let the “that” mom down the street convince you that a holler has never escaped her lips. She’s a liar. How do I know? Because it’s physically impossible to suppress that instinct when faced with an obstinate toddler. I’ve conducted daily experiments on this for roughly 3 and a half years. Oh yes, I have the data!

Like I said, I’m not advocating for yelling. This is not meant as encouragement to indulge in your loud side. But I implore you to forgive yourself when you inevitably fall victim to your impulses to do it. Despite what “that” moms might have you believe, you are not alone. Just this past weekend, my daughter turned 5. To celebrate, she had a birthday party at a gymnastics center with about 15 of her closest friends and their parents. While I give the staff of this gym mad props for their crowd control techniques (seriously, they should be given medals of honor for their achievements in child-wrangling), chaos eventually consumed nearly every kiddie in the place. You do the math: 15 kids times 5 years old, divided by 8 not “that” moms, plus 2 not “that” dads, carry the 4, plus cake, minus drinks, equals a whole lot of yelling! Many middle names were revealed.

Yes. Yelling is bad. Yes. According to experts, long-term effects “can result in fear, stress, anxiety, insomnia, developmental delays, behavioral problems, academic problems, social difficulties, emotional issues and thwarted coping skills.” But here’s the thing the professionals don’t tell you: when one of those destined not “that” mom moments arises and you involuntarily sound your barbaric yawlp, there is a valuable opportunity to be seized. You get the chance to teach your kids that even adults make mistakes. A time to show them that even mommy and daddy sometimes do things they shouldn’t. And most importantly, the opportunity to teach them the value of saying “I’m sorry.”

Guilty as charged. This not “that” mom confesses that she has, on many occasions, yelled at her children. I’m getting better though. It’s been a few hours since my last offense. But after this morning’s violation, I got down on my daughter’s level and looked her in the eyes and said, “I’m sorry. Mommy shouldn’t have yelled at you. That isn’t how we’re supposed to behave.” Her response? “It’s ok Mommy. I still love you even when you do something wrong.”

I guess I’m doing something right <3.