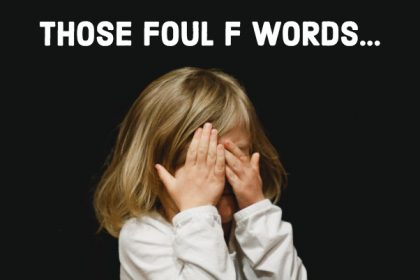 I have a confession. I know you’re thinking “yes the name of the blog would suggest that to be the case.” But this is a big one. One that could land me in serious trouble if it leaked out and fell into the wrong hands. But I trust you. After all, why shouldn’t I? You’re one of potentially dozens of anonymous readers with absolutely no loyalties to me whatsoever and who I have probably never met. So here it is….I formula fed my son.

Shhhhh!!! Keep your horrified gasps down! Someone might hear you and peer over your shoulder to investigate!

My apologies. I didn’t mean to deliver such a shock. But there it is. Now you know. And now that you are an accessory to my crime, allow me to indulge another dark secret of my felonious “bad mommy”offenses: I formula fed my daughter too.

Alright, the secret is out. Outlaw me from your Mommy groups. Sneer at me from underneath your burkas. Revoke my PTA membership before I’m even eligible to join. But I beg of you, please, please, please, do not report me to the lactation police! I shudder to think what they’ll do to me if they find out I’m not “that” mom.

I’m being dramatic, of course. There’s nothing wrong with your baby hitting the bottle rather than your boob to satisfy his need for nourishment. But if you’re a milk-less momma like myself, you are probably already well aware that people will make you think that there is. Don’t believe me? Tell the lactation consultant who visits you in your post-delivery room that you’re considering forgoing the whole breastfeeding thing. You’d have an easier time refusing a time share package from one of those guys in Vegas who asks if you want free tickets to O. Did you know some hospitals even make new mothers sign a document stating that they are aware of the physical and psychological harm she might be imposing upon her child if she is unable or unwilling to breastfeed? I’m not making this up! My own doctor told me that the hospital in which I delivered required this until just a few years ago! And that’s just the industry professional backlash! The social ramifications are even more severe. In some circles, bottle feeding is a sin second only to driving a Cadillac Escalade. Only one step up from eating gluten.

Hey, if you are “that” mom, good on ya! Nursing mommies are the awesome! I am certainly not trying to suggest that you shouldn’t breastfeed. While the actual health benefits of it are debatable if you really do your research, many women find it a beautiful experience. I’m just not one of them! And if you aren’t either, that’s ok. A lot of mommies say it was the best way to bond with their baby. Unfortunately for me, both times I tried it, it was so painful and uncomfortable, the only bonding I was doing was with that lanolin cream that was supposed to help sooth my sore nipples. (It didn’t actually sooth anything for me but I continued to slather it on in the hopes that maybe eventually they would go numb or just fall off completely.) Engorgement, clogged milk ducts, bleeding, the nerve-racking worry that I wasn’t “making enough milk”, the shear thought of ever having to use something one shrewd retailer refers to as an “udder cover” eventually proved to be too much for me. I elected to go for full-time formula feedings.

And you know what? They are fine! Ok well, it’s too early to tell for sure with my son but my daughter has survived the past 4 years with minimal health issues and need for therapy. In fact, she was speaking full sentences before she was 2 and currently can spell more words than a good number of high school students I have taught! Added bonus, both my children were sleeping through the night at 3 months. Which meant I was sleeping through the night! Which meant I was well rested enough to make other important parental faux-pas with clarity. Grievous faults such as serving frozen dinners.

Yes, it’s true. Once my daughter outgrew the forbidden formula I fed her, I turned to other terrifying toxins to fill her with. Perilous poisons that live in my freezer such as that wicked partially hydrogenated vegetable oil; interesterified fats (which apparently increases the ratio of LDL to HDL cholesterol and other scary, 3-letter acronyms); the infamous high fructose corn syrup; and the morbid modified corn starch. But it’s ok. I have a good reason for doing it. I’m lazy.

After working all day at my full time job, cleaning up numerous messes created by my toddler, and mixing all that formidable formula for my son, sometimes I just don’t have the time or the energy to be “that” mom who prepares a home-cooked meal. Some days it’s just easier to zap a frozen pot pie or icy chicken nuggets with a side of mac and what-passes-for cheese in the microwave and serve it.

Don’t get me wrong. It’s not that my daughter gets a steady diet of frosted food additives. I do whip up a sparse variety of suppers requiring a stove (or at least a crock pot). But sometimes desperate times call for desperate measures. Certain occasions force me to default to the number one 1980’s invention, the microwave.

There are even times when I am so frenzied from chauffeuring to gymnastics, remembering swim classes, and selling off what few valuables I own to pay for daycare tuition that I have even done the unthinkable…..I have ordered a happy meal. I’ve ordered one for my daughter too.

And it’s ok. I try my best (ok, I make a recognizable effort) to make sure all the basic food groups are represented in my family’s fare. But sometimes it doesn’t happen. I recently took my daughter in for her annual check up and she’s in the 90th percentile for height and exactly on point with her weight. Despite the major culinary infractions I make from time to time, she is in perfect health.

So give yourself a break if you’re not “that” mom who always uses organic chicken. Forgive yourself if your child’s dinner was something that had to be defrosted. Even cut yourself some slack if you have resorted to the drive-thru of dishonor. It’s ok. Your child will survive….at least until your next act of imperfect parenting!

2 Comments to “ Formula, Frozen Food, And Other Foul “F” Words”