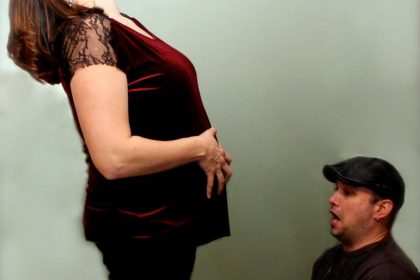 OK I have to vent. I am just so overwhelmingly in shock by this that I have to broadcast it in my public journal for all the world to see. Seriously. It’s a week after the fact and I am still blown away by the unprofessionalism of some people.

Let me just start off by saying that, being 9 months pregnant, I’m not getting a whole lot of work in the acting department. There aren’t a ton of parts for ready-to-deliver moms and even if there were, most directors would rather put a non-pregnant lady in a belly suit and avoid the production nightmare of having an actual pregnant lady’s water break in the middle of a shoot. (Let’s face it, PAs don’t get paid enough to clean up that mess!) So naturally, my acting chops are a little rusty these days.

Luckily, the perfect remedy fell into my lap. I happened to come across a casting call for a quick web shoot that needed people to say off-color remarks but didn’t look like the kind of person who would be saying such things. Turns out, for once, my pregnant belly was the perfect prop! I contacted the director and he loved the idea! He told me he would be in touch about the exact shoot date.

Turns out, that was quite a process in and of itself. The director had to reschedule the shoot day 3 different times. Now, being in production myself, I was empathetic to this. Most people have no idea the amount of logistics that go into a shoot and unless all those pieces fall into the right places at the right time, rescheduling is a necessary evil. So I cut the guy some slack and agreed to show up on the fourth rescheduled shoot date, despite the fact that I was becoming more pregnant by the minute and only about a week and a half away from my due date.

Despite having worked all day and genuinely being exhausted from carrying a 7 pound watermelon in my uterus, I bundled up on this particularly frigid Tuesday night and drove 40 minutes to the upper ghetto, (which is one step up from the projects). I arrived at the venue and was surprised by how dark the building was. Odd for a film shoot of any kind, seeing as how good lighting is imperative for even basic camera work. I went inside, but found no one. Well, maybe I was early. I decided to have a seat in a barker lounge I am pretty sure was made the same year I was and wait.

And continue to wait.

Until finally, a half an hour later, someone else came through the door. I introduced myself and said I was here for the web shoot. The man looked perplexed. “I take it you’re not John?” I remarked. (I am using a fake name only out of a sense of professionalism on my part, despite the lack of it you’ll notice in the rest of the story.) “No.” He replied.

“Maybe I am in the wrong place,” I concluded. That seemed the only logical explanation. “I was supposed to be doing a web shoot.”

“Yes.” I said, relieved to know I didn’t have to drive anywhere else where cars with all 4 tires were a luxury. “Do you know if John is on his way?”

“Oh, he decided to cancel that.” He informed me. “Did he not tell you?”

I’m sorry, what??? Are you freaking kidding me??? Seriously??? Who cancels an entire shoot and forgets to tell the actors???

Sensing that I was beyond livid, the innocent bystander offered, “I am really sorry he didn’t tell you. But I will have him call you as soon as I talk to him.”

Believe it or not, I didn’t get that call. A week later, and he still hasn’t called or emailed me to tell me that A) he cancelled the shoot or B) that he was sorry my pregnant self drove all the way out there in the freezing cold for nothing! Seriously??? I have worked with some unprofessional people in my day but this one really took the cake.

But hey, I did get an invitation the other day to “like” his page on Facebook. Yeah….keep holding your breath on that one, Pal. Seriously???