A Review of Gun Town 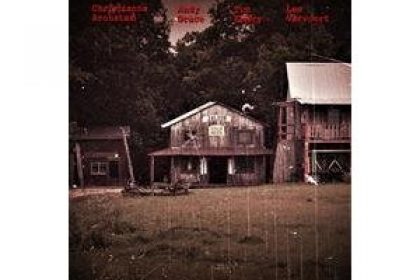 Think it might be fun to stumble upon an old western gun town? Think again. For 5 teenagers detoured from their road trip to nowhere, Gun Town was anything but fun.

Lee Vervoort’s Gun Town is the epitome of independent horror cinema. The high-tech camera work and creative visual techniques put this movie on par with the vast majority of professional films currently showing at your local Cineplex.

The story is simple. Five teens get stranded while on a road trip to nowhere. There’s no gas station for miles and even worse, no cell phone reception! With no “Angry Birds” to help kill time, the group decides to try their luck on foot. While in search for the nearest signs of life, they stumble upon an old western gun town, owned and operated by the Bailey family.

In the late 70’s, Gun Town was a thriving business. But like many icons of the 70’s, its popularity was cut short. As the story is told through surprisingly well-executed exposition (a trait not generally associated with this genre!), we find that Frank Bailey Sr. went on a killing spree in 1979 and began massacring paying customers. Not an overly effective strategy for repeat business. His poor business ethics and homicidal ways landed him in intense psychiatric care for the next 30 years. This unfortunately caused him to miss out on Duran Duran, but on the plus side he has no recollection of Hanson.

Now, in 2009, Frank has been released and has returned home to his dominating wife and crippled son. Whether it’s due to old habits dying hard or his wife’s incessant nagging, Frank finds himself on the war path, setting out to eliminate the snotty teens one by one. Armed with a revolver and a hefty supply of cellophane, Frank, Mrs. Victoria Bailey, Frank Jr. and adopted son Bobo show these kids just why it’s never a good idea to run out of gas in Kentucky!

While the acting leaves a bit to be desired, (I have to admit, by the film’s end I was openly cheering for Frank Bailey, Sr. to please suffocate our heroine with Saran Wrap and put those of us in the audience our of our misery!) the story is well-written. The dialogue between the teens is real and despite the sub-par delivery in many areas, the conversation is believable. Andrew Thornhill’s portrayal of dud-wishing-to-be-stud Jerry is quite amusing. And Morgan Graham’s performance as Mrs. Bailey is one of the highlights on the film!

However, the most notable performance in Gun Town was that of Mr. Vervoort himself, portraying both man-in-the-mask Frank Bailey, Sr. and here-he-comes-to-almost-save-the-day Jake. Coordinating and maneuvering all his own stunts, Vervoort delivers an impressively suspenseful performance while still maintaining uniqueness to both characters.

Nashville’s own, Lee Vervoort wrote, produced, directed, and starred in this small-budget action/horror flick. Shot on site at Copper Canyon Ranch in Hopkinsville, KY, Gun Town radiates authenticity. The attraction’s damage suffered during a 2009 ice storm adds to the run-down and daunting atmosphere. The visually pleasing aesthetics of the film, combined with its quirky characters and well-executed storyline make this movie a pretty good way to spend an hour. Add a rockin’ soundtrack by Tim Emery and it’s obvious…Gun Town is a sure-fire hit!

For more information on Gun Town, visit the official website at www.guntownthemovie.com.