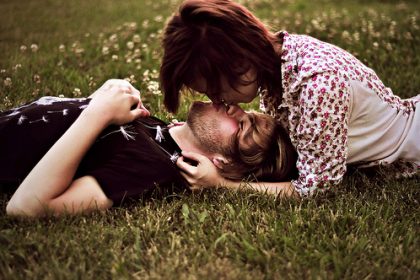 So this blog is said to be dedicated to things I love, as well as things I hate or merely don’t understand. And as of yet, I have not written an entry about something about which I am completely crazy. Of course, I’m sure if you’ve been reading previous entries, you already know I have a slight propensity towards craziness anyway. But this is something I go all the way over the edge for…I absolutely love Greg Behrendt’s book, “He’s Just Not That Into You”. Liz Tuccillo is credited as a co-author. Mostly she wrote a prologue, an epilogue, and a blurb at the end of each chapter, but what would the book be without the female antidote detailing her own relationship mishaps? She’s the one who allows the rest of us to sit back and say, “I’m glad I’ve never been that stupid”, even though clearly we have, otherwise we wouldn’t be reading the book! The only reason I don’t specifically credit her as a writer is because we all know there is no way a woman could have possibly written this book. If she did, it would be called “I’m sure there’s a perfectly reasonable explanation for why he hasn’t called you.” Anyway, I think the book is awesome. It’s funny, obvious, and in your face, which is a style I happen to subscribe to.

The movie version was decent, although I kept getting the feeling that the writers weren’t quite sure where to go with it. I guess that’s to be expected. In all fairness, it’s hard to make a movie about a book without a plot! But the all-star cast (with the exception of Scarlett Johansson, of whom I have never been a fan. And her thwarting my plans to drug, seduce, and hypnotically convince Ryan Reynolds to marry me, isn’t winning her any points!) did a good job of getting the main point across, which is if he’s displaying behaviors that don’t correlate with being “into you”, he’s not!

What I love about the book is that when any woman reads it (myself included), she reads the letters other women are sending Greg and thinks to herself, “Well duh! Honey, how can you possibly excuse such behavior? That guy is an a*$hole…….That reminds me, Nick hasn’t called to hook up in a while. He must be really busy with work.” Berhrendt definitely hit the nail on the head. We all want to think we’re the exception, not the rule. Except for me, of course. I’m sure Derek really would propose if it wasn’t for his commitment issues stemming from his last relationship and his fear of losing our friendship.

What I’d really like to see, though, is a woman write a relationship book for men, entitled “I’m not that into you but I’ll go out with you anyway because I’ll have guilt over hurting your feelings if I don’t.” There’s a book I could have related to. In fact, maybe I’ll write that in the few spare moments in my busy life of online blogging. Seriously, that’s what upsets me the most every time Derek decides to “quickly run in to the bookstore” and I pick up “…Not That Into You” to kill a few hours. If all these ghosts of relationships past really weren’t that into me, what the heck was I doing dating them when I was never into them to begin with?! Why do we, as women, feel the need to “be nice” to guys we have no interest in? Clearly the feeling is not mutual! It’s a phenomenon of femininity that I hope someone finds a cure for someday. Maybe I should set up a PayPal account through this blog to help fund research for it.

So if you happen to mistakenly wander into a bookstore and aimlessly find yourself in the “relationships” section, pick up a copy of “He’s Just Not That Into You” . If nothing else, the letters from other women will make you feel better about your own dating judgment errors…..and you just can’t argue with that!