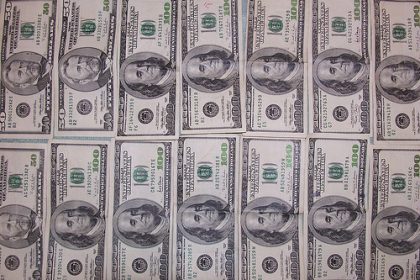 As I was driving to work last Friday, I was subject to some interesting news. First, my favorite radio station, Jack fm, was having an all-80’s weekend. This was awesome! I’ve become extremely disenchanted with radio these days because of all the bubble-gum, manufactured, cookie-cutter, pop music that gets played. But this would give me the opportunity to allow my CD player a much needed vacation! Bring on the new wave of 25 years ago! The second piece of news was not as joyous. I learned on July 25th, that the federal government was raising minimum wage from $6.55 an hour to $7.25.

Alright I’ll admit, my first thought was, “Holy crap! That’s not much less than I make right now, with my 2 advanced degrees and several years of work field experience!” Yes it’s true. That little green-eyed monster made another appearance as I contemplated the idea of 16 year-olds making nearly as much flipping burgers as I do taking on the lives of living creatures every day. I mean, normally, it only makes me slightly nauseous to realize that I just barely reach double digits with my hourly salary. I accept that we’re in a recession and I’m lucky to even have that right now. But now that I know some smart-mouthed kid, who can’t write a complete sentence using a noun and a verb, will be making over $7 an hour serving ice cream…I’m in full-projectile vomit mode. Hang on….I feel another bout coming on.

Ok I’m back now. So now that I’ve moved passed the initial anger of knowing that my salary still won’t increase, let’s talk for a moment about the ramifications of such a jump. Now, Mr. Schlenker, my 12th grade economics teacher, could tell you that I don’t have much of a mind for finance. But even I can tell that while this wage inflation looks good on the surface, it’s going to have drastic effects on our already plummeting economy. Sure, I can see how we’d look at the short-term results and see our teens and twenty-somethings buying more Wii and XBox games, bringing some slight stimulus to the flat lined economy. Yet, peel away just one layer and look at the effects just a few weeks down the road. Companies, many of which are already having to lay-off employees, due to lack of profit, will be forced to lay off even more. It’s basic math. If you’re already struggling to pay 10 workers at $6.55 an hour, it will be impossible for you to pay 10 of them at $7.25. If you’re paying out $65.50 for your total hourly wages, you’re most likely going to keep 9 of them and maintain your budget, rather than dig yourself further in the hole. Sure, it’s only 7 more dollars, but that adds up. $7 times 40 hours a week, times 4 and 1/2 weeks a month is an extra $1260 each month. (Mr. Murray would be proud. I was awake through some of 11th grade math!) Imagine how much extra expense it would mean for corporations with well over 10 employees. I’d tell you but now we’re getting into advanced math and I majored in English. The point is, in only a few weeks time, we’re going to see companies laying off even more employees, meaning less people spending, resulting in taking our economy off life support and calling in the nearest preacher.

In addition, most people who are pushing for the minimum wage hike have never owned a business so they have never had to meet a payroll. An increase of $0.70 an hour of wages amounts to much more for Donna’s Doggie Day Spa. Business owners have to also pay payroll taxes, unemployment taxes, match social security contributions, their business liability insurance cost, therapy bills, bar tabs… all these are directly related to payroll. (OK maybe not that last two) Whoa! Now I know why my old boss spent all day long on Facebook, rather than giving evaluations for raises! Also, state mandated worker’s compensation is based on payroll. Bascially, what all these numbers boil down to is, we do use math after we graduate. Oh, and an increase of $0.70 an hour will most likely cost the employer an increase of $1.35 an hour.

And let’s not forget one other very important point. The Pet Shop Boys were a kick-ass band! Oh wait, I slipped back to the 80’s weekend thing. Sorry. My other very important point…minimum wage jobs were not meant for people supporting families! They were meant for high school kids looking to earn some extra money for prom tickets, football games, and buying dates with the head cheerleader. They were meant for college students who needed to be able to eat while going to school. Raising the minimum wage is only making it harder for those people to even obtain such jobs. And let’s be honest, those are the people doing most of the consuming anyway. We older folks who don’t have the luxury of a paycheck without mortgages, rent, electric bills, and school loans, aren’t out there spending money we don’t have to. It’s the ones still living at home, working just for spending cash, that are buying. And if they’re not getting hired because WalMart has too many higher qualified applicants, they don’t have any money with which to stimulate our economy. Yes, I know that not all minimum wage employees are living with Mom and Dad. But my point is that those are the people minimum wage was designed for. Increasing it only takes the opportunity away from those people.