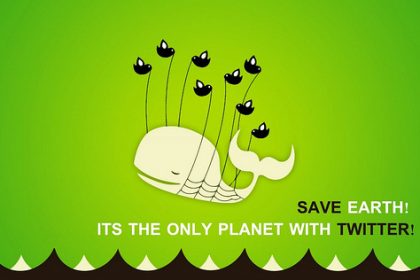 I’ll admit, I’m usually one of the last ones to jump on the online social networking bandwagon of the moment. I only finally set up a MySpace profile, sadly, to keep up with all the drama in the hallways of the high school I taught at. And then when Facebook became all the rage, I couldn’t even figure out how to use it until the younger cousin of a friend of mine walked me through it. (I will say, it’s gotten much more user friendly, though, as more and more people are making the switch.) These days, my MySpace profile hasn’t experienced the thrill of a login from me in well over a month and I often go an unthinkable 4 days without updating my Facebook status. (Gasp!) Yet, despite my laziness in maintenance of my online profiles, I still love these tiny gifts from above because they have allowed me to reconnect with many friends I had lost touched with years ago. (Hey, I even reconnected with my childhood best friend and we’re making plans to visit each other this year!)

Despite my late-founded love for MySpace and Facebook, there is a new player in the social “webbing” game that just hasn’t won me over yet. I can’t for the life of me figure out what the big wow is about Twitter! As far as I can tell, it’s Facebook without all the apps to send to your friends who will most likely just hit “ignore”. I’ve done a little research into this and it seems to me that Twitter is the same thing as your Facebook status. You can let all your friends, family, co-workers, and stalkers know your every movement, 24 hours a day, 7 days a week. How awesome is that? Privacy is sooooo 20th century.

Maybe it’s just because I don’t have an exciting enough life that I think anyone would be biting their fingernails, waiting for the latest update on whether I have walked the dog, bought milk, or hit the snooze 3 times. Maybe I’m jealous that no one would care about about whether my iced coffee came from McDonald’s or Dunkin’ Donuts. Whatever the reason, I can’t seem to get on the bandwagon with this one. What is the fascination with Twitter??? I suppose I can see the brief excitement in getting to see the latest insult Perez Hilton gave to that guy from Black Eyed Peas, or if Lindsay Lohan has eaten today. But how long can that fascination really last? And isn’t that what we have the National Inquirer for anyway?

While we’re on the subject of celebrity “tweeting” (by the way, who came up with that verb to describe the action of using Twitter? Wouldn’t “twitting” be more appropriate?), does anyone else find it just the teensiest (or should I say “tweensiest”) bit ironic that these same stars who boo-hoo about having no privacy are the same ones who are now exposing their every activity to anyone who might even think about being interested? Forget for a second the conceitedness in assuming everyone hinges their daily activities around your itinerary, what about the danger of the people who actually do? I have a friend who would hop on a plane and fly half way around the world if she had a hot tip that Robert Pattinson would be there. Aren’t these celebrities concerned that this new line of media is making it even easier for crazy stalkers to find them? Not that this really affects me. If I had a Twitter account, I doubt I’m important enough to attract any rountine followers, except maybe the handful of friends who I’m probably trying to avoid anyway. I don’t see myself being cool enough to attract any stalkers. Although as a former high school teacher, I probably do have some folks out there who’d like to slash my tires. Hmmmmm…..maybe it is better for me to stay away.

So, I’m sorry to disappoint the tens of people who are anxiously awaiting my login, I don’t think I’ll be “tweeting” anytime soon. I guess you’ll just have to settle for a weekly update (when you’re lucky!) on my Facebook. Or you can have all the access to my thoughts you want here on my blog. Ooops…I guess maybe I’m a little guilty of assuming everyone plans their life around my opinions! But for those that might…I can’t argue with that!