How Much Incentive Do We Need? 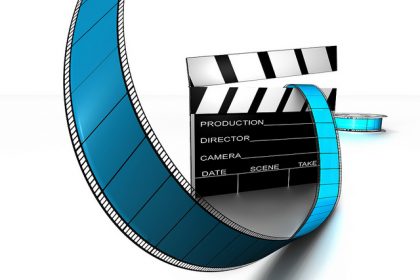 Anybody who’s anybody in indie film is familiar with the Tennessee film incentives. Even those of us who wish we were anybody in indie film know! But for the rest of you pursuing careers that make money, let me just catch you up to speed. I could give you a lot of facts and figures that would sound impressive and make my 12th grade economics teacher, Mr. Schlenker, proud, but let me just put it into the simplest terms I can.Tennessee film incentives are special tax credits that filmmakers can receive if they film projects here in Tennessee and utilize a certain percentage of in-state residents for its cast and crew. Basically, Uncle Sam won’t get quite as large a commission from your film if you produce it here and use our good ol’ country folk to help. Who could argue with that?

Apparently, the governmental powers-that-be can argue with that. I won’t mention any names but someone who parks his keister in the governor’s chair does not seem to think that film incentives provide a lucrative enough incentive for him to pass the proposed bill to increase them. (You like how I used that pun there? I know. Pure genius!)

“But we still have incentives to give out, so what does it matter?”

That’s what you’re thinking, right? No? You were thinking about which wine to serve with tonight’s pot roast? Cabernet Sauvignon, of course! Now, back to the film stuff. Yes, we do still offer credits to filmmakers who agree to shoot in Tennessee. So no, it’s not like the local film industry is going to cease to exist. But by not increasing them to offer more of an incentive (there’s that pun again….do you see why it’s such a great word for this concept?) for filmmakers to film here, most will opt to film in other states that do offer higher incentives, such as Georgia, Louisiana, or confusion. In short, big budget films, which could bring in lots of revenue and help squelch those hillbilly stereotypes of our state residents, will pass Tennessee by.

Failure to increase the film incentives will not only result in a tremendous loss of potential revenue for Tennessee, it will also cause the few, hard-headed local filmmakers and crew workers to leave. (We can’t afford to lose Zac Adams, folks! Not before he puts me in one of his films!) In the past 3 years, the number of films shot in Georgia have nearly tripled those filmed here in Tennessee. That hardly seems fair. They already have the Cabbage Patch Kids’ hospital! But, three times the projects means three times the work, three times the earnings, three times less the time spent begging family members for rent money.

Still, it’s not like we’re talking about hundreds of thousands of dollars in lost revenue. No. We’re talking millions (with an “s’) of dollars in lost revenue. No one outside of Billy Ray Cyrus wants to admit to making money off of Hannah Montana, but sources say that over $1.5 million dollars of in-state and local taxes were generated from the movie that was filmed here in 2009. Additionally, over $15 million were spent in-state on its production. That’s not even taking into account the money spent locally on catering, hotels, and psychiatric evaluations. Now imagine if we had 4 or 5 big-budget films being produced here within a year’s time. OK, now we’re getting into math and I majored in English, but I bet that’s a pretty high number!

Naturally, while I am in full support of fiscal benefits to our home state, I cannot deny that my biggest reason for supporting this film incentive increase is self-satisfying. I want to work!!! Not like as a teacher, or lawyer, or computer technician. Not for a 5-figure salary and dental insurance. I want to work 12-hour days, 3 weeks at a time for a daily wage that may or may not cover my gas to and from the audition! I want to work in films. On screen, off screen, holding up the screen….I’ll do anything! And the more film projects that come this way, the more chances I have to work nights and weekends. Tennessee needs to increase its film incentives if for no other reason, than to sustain (or start) my would-be career!

I’m not dismissing the fact that Tennessee would still have to shell out money upfront to increase these incentives. And I realize that amount could be substantial. But when you weigh it against the amount of money that could be brought in, it seems more than worth it. It’s basic math. So basic even I can understand it. You can’t argue with that!