by Emily Steele / Wednesday, 12 August 2009 / Published in Can't Argue With That 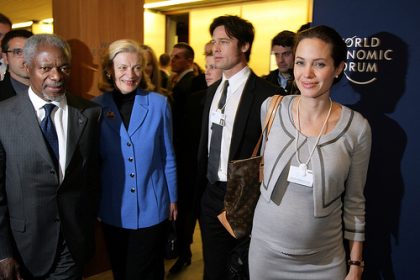 This past election turned out more voters at the polls than any other election in American history….including Canada. People whose only prior voting experience included their weekly texts into American Idol, googled the definition of “citizen” to make sure they were one of the United States, mapquested the nearest site, and made a mad dash to stand in line for an hour to cast their ballot. There are all sorts of theories as to why this particular election generated such a turn out. The last administration was so bad, people literally got up off their couches in an attempt to make a change. This election saw the country’s first African-American candidate and female running mate, igniting people’s desire to “make history”. The thrill of voting off your least favorite “Big Brother” cast member is so intense that people decided to try it with presidential elections. Starbucks’ prices are so outrageous, the idea of free coffee appealed to people. Whatever the reason for record-breaking poll attendance this past November, I think it’s great so many Americans exercised their right to vote. For years, they’ve been saying Americans don’t do enough exercising.

What I don’t find so great is all the celebrity endorsing that went on during the 2008 Presidential race. You all know what I am talking about. Oprah’s numerous episodes of her show, talking about her support of Obama and encouraging her viewers to do the same. Jon Voight going on “The O’Reilly Factor” and detailing his support of McCain. Billy Ray Cyrus revealing to Barbara Walters that he endorses “Hannah Montana” and is in full support of riding his daughter’s coattails. I could go on for days but people already tell me my blogs are too long. While I am all for freedom of speech and the right to utter whatever political opinions we want, I think celebrity endorsements of politicians is irresponsible.

Unless a celebrity has a political background or is actually a political celebrity (ie: Glenn Beck, Chris Matthews, Sam the Eagle), he or she has no business announcing their voting stance to the rest of the world. No, you don’t need a degree in political science to vote in an election. Everyone is entitled to their own vote, even if its basis is merely, “McCain” would get you more points in Scrabble than “Obama”. (Of course, everyone knows you can’t use proper names in Scrabble , so this would in fact, be a stupid reason.) But it’s my opinion that celebrities without a political background should keep their mouths shut. (If you have a different opinion, write your own blog!) My experience as a public school teacher has taught me that, unfortunately, there are a lot of idiots out there. I’m not saying this is true of all registered voters (or even most of them), but there are plenty of individuals in this country that would vote for someone, solely because Jennifer Aniston or Adam Sandler is. I think using celebrity status to influence voters is an abuse of clout. Whether they want it or not, celebrities have a responsibility to their public as role models. (I know, the thought of Jessica Simpson as a role model scares me too.) Influencing people’s ideas and actions regarding affairs you are not qualified in, is unaccountable. No matter which side of the spectrum celebrities are on, they have no business recruiting their fans.

And then again, maybe I’m just resentful. Maybe I’m envious of the fact that people care about Cameron Diaz’s voting record, and my own barely even influences me. Maybe that little Yoshi-looking monster is making his way into too many of my blogs….I guess I can’t argue with that!