by Emily Steele / Monday, 24 September 2012 / Published in Can't Argue With That 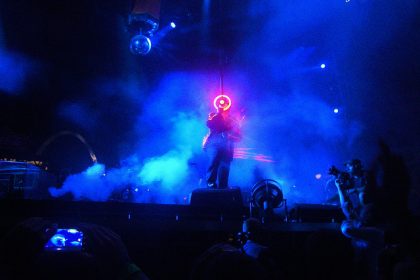 I just had to write to you and tell you how much I enjoyed your book, Killing Bono. It was never a book I would’ve imagined myself reading, much less enjoying! You see, I am the sole human being on planet Earth who hates U2! I cringe at the sight of a Joshua Tree poster and I think I may stab my own ears with a tuning fork if I have to hear “Beautiful Day” one more damn time! I didn’t always maintain this type of hostility against the band. I actually used to like them! But unfortunately, 6 years ago I met my husband! He just so happens to be the biggest U2 fan in existence and while that was endearing at first, I rapidly grew to disdain the name “Bono”! I swear, we cannot have a conversation about any other musician without having to hear about how “U2 did that first”!

Anyway, as an act of marital compromise, I recently watched the indie film version of Killing Bono with my husband. I was surprised how much I liked it. In fact, I liked it so much, I snuck into my husband’s office and found his copy of your book so I could read it. While I was a little disappointed that you don’t seem to have quite the disdain for the Irish music gods that I do, I thought the book was wonderful. You have such a gift for writing! Your style made the book so easy and fun to read that I was through the entire thing in only a few days.

What I most enjoyed about your book, is how much I saw myself in your story. While no one from my high school has ever made their way to celebrity status (there were rumors that one of the teachers had posed for Playboy in the 70’s but I never actually saw the issue so I can’t, with accurate certainty, say that’s true and even if I was, I don’t think it counts), I too have always dreamed of being famous. It didn’t really matter the pathway I was going to take to get there, but I was hell bent on becoming a household name. I too figured becoming a rock star would be the best course of action. I was even signed to an small indie “label” for a while. (I quickly learned that was about as big a deal as being voted president of your high school French club!) While I still love to sing, it slowly became obvious that the music business was not going to bring me the fame I longed for. So I switched to acting. I even have an online, sketch-comedy troupe, which I continue to harbor hopes will get discovered and replace Saturday Night Live as the number 1 sketch-comedy show of all time. But eventually, I started writing. And that seems to be the area where I shine. Like you, I will never give up my music. And I will never give up my comedy either. But I now realize that writing is what I do best and whether or not I become famous doing it, it makes me happy.

I loved your story and I loved the way you told it. I hope I am able to grow into something remotely close the caliber of a writer that you are. I hope I never have to write a book about U2, but I do hope I can write a book about trying to make it that is anywhere near as wonderful as Killing Bono.

I actually wrote a blog entry about the movie version of your book on my blog, Can’t Argue With That. I am sure the last thing you want to do is read some armature’s blog, but if you are at all curious to see how Bono has driven other people to insanity, I would be honored to have you check it out. It’s under my previous Can’t Argue entries in case you are finding yourself in need of a new way to procrastinate!

Thank you again for writing such a great book and inspiring me to keep doing what I do.  You have been far more an inspiration to me than Bono ever could be so hey….you’ll always have that over him! How can you argue with that?