by Emily Steele / Thursday, 13 January 2011 / Published in Can't Argue With That 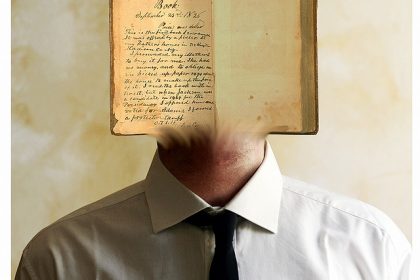 So it happened just the other day. I ran into a friend of mine who happens to be friends with another friend of mine and I inquired to the first friend about the goings on of the second friend. Friend One responded that he had not heard from Friend Two in quite some time. This surprised me, for Friend One and Friend Two had been intertwined in a friendship for several years now so this lack of communication between the two seemed a bit peculiar. Still, nothing to sound alarms over. Careers, families, and crazy ex-lovers often keep many the friendship from being nurtured for even months at a time. No cause for panic. And then, he dropped the bomb…..”She de-friended me on Facebook.”

THUD. That was the sound of my jaw hitting the ground. She de-friended him on Facebook? No way this was happening. It couldn’t be. I mean, this was serious! I gasped for air as Friend One gingerly whacked me on the back to restore a regular breathing pattern. Tears began to well up in my eyes and I realized this truly might be the end for Friend One and Friend Two. Friend One cradled me in a bear hug while I sobbed.

Looking back at the incident, I may have overreacted. It turns out Friend Two‘s Facebook had merely caught a virus, which forced her to delete her account and create a new one. She re-friended Friend One, the friendship was restored, and all was as it should be. But this wasn’t the first time something like this had happened. There have been several times a friend has mentioned a lapse in communication with another friend and I hadn’t deemed it a 4-star emergency until I heard he or she had been de-friended on Facebook.

And, although I’m embarrassed to admit it, I even do this in my own life! Sure, I haven’t talked to Sally in 3 months but as long ash she’s still my friend on Facebook, I know everything is ok! Ooops, I might’ve posted that Louis’s political rantings are full of poo and taking up too much space on my wall but as long as his profile pic still shows up on my friend list, we’re still cool!

You know, you do it too! You get offended when someone de-friends you! Even if it’s someone you don’t know all that well! You met Molly at a party 3 years ago and added her the next day but haven’t talked to her since. But how dare she de-friend you now! You are a fun, cool, person who posts incredibly witty status updates and gets tagged in amazingly wild pictures. Who does she think she is?

It’s funny that we’ve put so much importance on what is posted on this public forum. Relationships have started and blossomed on Facebook. Thousands more have ended on it. I wouldn’t be surprised to find out that several babies have been conceived due to things posted on Facebook! And even the status of our very friendships often remain in the balances until they can be confirmed or denied via the infamous social network. It used to be that nothing was set in stone until it was actually etched in stone. Now nothing is set in stone until it’s posted on Facebook….and you can’t argue with that!