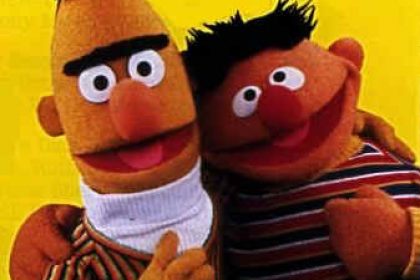 My quickly dwindling supply of incoming funds, combined with mortgage-payment-equivalent ticket prices, has left my thirst for late summer cinema unquenched. In layman’s terms….I’m too poor to go to the movies! Gone are the summer days where the air conditioning would break and we’d beat the heat by chilling at the local AMC. Luckily, my newly-heightened bargain browsing abilities have led me to the Red Box. When I sit and sulk over previews for flicks I can’t afford to see at the Regal, I can take some comfort in knowing that in just a few short months, I can rent it for a buck at my closest Golden Arches. I decided to take advantage of this ray of sunshine a few weeks back and rent “I Love You, Man.”

“I Love You, Man” is a classic example of a bro-mance (0r as Derek likes to call them, dick flicks). Bro-mance is a term given to a close relationship between two guys who don’t listen to Barbara Streisand CDs while frosting their tips. Basically, it’s a clever term for “best friend” in the world of the Y-chromosome. “I Love You, Man” was a movie about a guy who didn’t have a close guy friend until his fiancee encouraged him to go out and find one. Personally, I give 2 thumbs up to the fiancee for realizing the importance of a bro-mance in a man’s life. I never understood girls who get upset when their guys want to go out for “boys nights”. Why? I mean, I could understand if your man was going out with his other external urinary tracted friends 5 nights a week, but a routine “guys night out” is actually good for a relationship. I’ll tell you exactly why I am THRILLED that Derek (after nearly 2 years) has finally gone out and gotten himself a bro-mance….I don’t want to have to sleep through another stupid “Narnia” movie with him! I have no interest in standing outside for 8 hours to see U2. I know nothing about, nor can I even pretend to care about where the USA stands in the World Cup Soccer qualifiers. Thank God for Alex, Shaun, and Wayne! Now I breathe easy any time WWE comes to town, knowing that I won’t have to be dragged downtown on a Monday night to sit through it. I am the first to admit, Derek’s bro-mances have saved our relationship!

The same is also true of ho-mances. I don’t think this term has caught on with quite a raging popularity, but it’s my term for close friendships between females who don’t cut their hair above the ear or frequent the Lipstick Lounge on a regular basis. Most normal guys have no problems with their girlfriend leaving him at home so she can scrapbook or watch “Grey’s Anatomy” with someone else who will actually cry and shout obscenities at the screen. And I don’t think many ladies would argue the fact that it is a necessity of survival to have someone in your life who WILL tell you that you look fat in those jeans or that those shoes do NOT go with that dress. Sue, Marie, Ann….your ho-mances have saved my life and Derek’s sanity on many occasions!

But while it’s fairly obvious that bro-mances and ho-mances are essential in maintaining healthy relationships with members of the opposite sex, there is one final “mance” whose importance, in my opinion, is greatly under appreciated. I am referring, of course, to no-mances. What the heck is a no-mance, you say? Well lucky you, I am about to tell you. No-mance is a term I am pretty sure I founded exclusively, which is defined as a strictly platonic relationship between a male and female, neither of whom have ever made guest appearances on “Queer As Folk.” I can’t tell you how many friends I’ve had over the years who have broken up over one (or both) of them having a no-mance outside the relationship. People (and no offense my vagina-bearing friends, but primarily females) seem to have a very hard time accepting their significant other having a close friend of the opposite sex. Endless battles have been fought over this very issue. Some deaths have even occurred. And while I can sympathize with an opposition to a friend who harbors intentions of something more with your Cuddle Muffin, I think a lot of couples are overlooking a substantial benefit to Shmoopy having a friend of the opposing gender.

If your boy-toy has another female he can talk to, that means he has someone else to tell him (ahead of time!) “Don’t do that!” when he thinks about re-scheduling your anniversary because it’s game 2 of the World Series. One of my very best friends in the world is a guy named William and he’d be the first one to tell you that virtually any time he has come to me with a girl-problem, my response to him has been, “You’re being stupid.” Trust me ladies, it’s good for your man to have somewhere else he can get the female perspective! It gives him far less room to ever say, “She’s being irrational.” (And note to all you penis-toting readers out there, there is never a situation in which that statement is smart to utter, unless your honey is having issues with your mother and the comment is in reference to the “she” who bore you!)

And guys, the same is true for your Sweetums having a guy friend to whom she is not in the least bit attracted to. I have another very good friend, Barry, who I often consult regarding dispute impasses between Derek and myself. I am usually able to see Derek’s side of things much clearer after receiving invaluable perspective from Barry, most often of such comes in the word, “Em, stop being a female.” Now, if only such advice could be forwarded to my aunt Flo when she makes her monthly visit….

Really, the most important thing to remember is that no matter how in love with Dittums you might be, never forget the importance of your friends. Male or female, those friends were not only important in keeping you going throughout your single life, they are CRUCIAL in surviving your love life. And after my well-formulated arguments….you can’t argue with that!