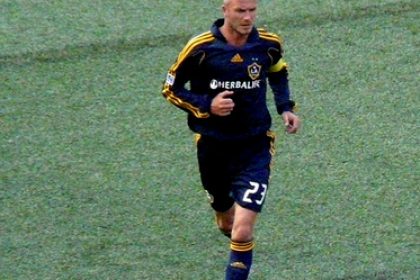 *First off, I want to apologize again for making my devoted readers wait so long for my latest opinion. It’s not that I haven’t had any! I recently was offered an unexpected teaching job and had to jump right back into the classroom on very little notice. I promise, now that I am back into the groove of teaching, Can’t Arguments will again be posted on a weekly basis. I apologize profusely for the delay and thank you all again for continuing to come back to the site!

Derek had been planning this big weekend for months. He’d purchased tickets online, made sure we both had the time off of work, booked the hotels, mapped out the mileage, and budgeted gas costs. His preparation for this began all the way back in June. Ah the anticipation…how on earth was I going to wait for my romantic getaway to Columbus, Ohio?

There are really only two reasons for anyone to visit Ohio. To go to Cedar Point or to have breakfast at my aunt and uncle’s mouthwatering breakfast franchise. While we did manage to partake in the latter, Derek had other plans in mind for the final destination of our 6 hour drive. More than anything, he wanted to see his European football hero, David Beckham. For those of you in the landslide majority of the country who have no interest in soccer, Beckham now plays for the MLS team, LA Galaxy. Last Saturday night, the Galaxy embarked on a transcontinental journey to play the Columbus Crew. Unfortunately, the LAX Transportation Security Authorities must’ve been having a slow day, thus deciding to shake things up a bit by detaining Beckham before boarding time, because the Galaxy’s flight took off without the Beck Man.

Naturally, when Derek failed to see the number 23 on the back of a navy jersey, he did what any loyal fan would have. He whipped out his iPhone and checked the MLS injury list. Beckham’s name was not among those listed. Derek then zipped over to the official Spice Girls site to see if there was a reunion tour he was unaware of, that perhaps Mr. Posh had decided on which to accompany his wife. No. It seemed the world still chooses to block the group from memory. I even had Derek check Soap Opera Digest’s page. I didn’t really think there would be any mention of Beckham’s absence on it, but I figured since Derek had a wireless connection, I may as well see what I’d missed on Friday’s episode of “Days of Our Lives.” The lack of evidence to the contrary made our conclusion rather obvious….David Beckham had no-showed.

Now, as disappointed as Derek was, he still managed to enjoy the game. It made him nostalgically giddy to relive his days of benchwarming for his high school soccer team. So the seemingly endless road trip wasn’t a complete washout. However, I can’t help but feel a little angry. Sure, we found other reasons to enjoy the game despite Beckham’s absence, but what about all those other “23”-shirted people people in the crowd? I know there had to be quite a few of them who made treks even longer than ours for the sole purpose of seeing the tattooed Brit kick a checkered ball back and forth. Personally, I think that kind of behavior is reprehensible for such an icon. When people, especially young people, look up to you as a role model, you have a responsibility to them. And part of that responsibility is to show up at events where those fan are expecting you! I realize it’s tough for a professional athlete to uphold his playing contract. I mean, that’s 32 whole games! How would Derek Jeter fair with such a demanding schedule?

In all fairness, it was stated after the game that Beckham was MIA due to a problem with his Achilles tendon. Apparently, such an injury prevents you from traveling with your team to show your support. Now it has been reported that Beckham may also miss the Houston game on the 18th due to a sub dermal hematoma. The Galaxy is unsure at this point whether he will have recovered from his minor cephalgia in time for the final game against San Jose on the 24th. We can only wait. And pray.

Maybe I’m wrong though. Maybe my anger is unfair. Maybe it’s wrong for us, as fans, to expect someone as big a superstar as David Beckham (who has movies named after him, for crying out loud!) to show up to every scheduled game. He does have advertisement endorsements to think about, after all. But Becks, if you keep disappointing your product-consuming fans by no-showing, you being a spokesperson isn’t going to entice anyone to buy any of those products…..and you can’t argue with that!