Battle of The Exes 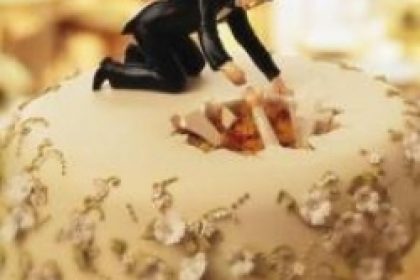 June 25th was a hard day for a lot of people. The deaths of both Farrah Fawcett and Michael Jackson really got to people’s emotions. Farrah’s death, though expected, signified the end of an era and the end of a hairdo. Michael’s death, a complete shock to most who thought he had already died along with his career, evoked mixed emotions from those who believed him guilty of the crimes he had been acquitted of, but still loved his music. (I won’t comment on my feelings about the accusations. That’s not what this blog is about.) Both deaths had an effect on me as well. But one probably not shared with anyone else grieving either loss. The news of both deaths made me miss my ex-boyfriend.

First off, let me start by saying I am in a very happy, healthy, and committed relationship. We have been together for 2 years and have been best friends for longer than that. So why would the news of Farrah Fawcett and Michael Jackson’s deaths cause me to suddenly miss my ex? Well, we pretty much had a routine when it came to celebrity deaths. It basically went something like this.

HIM: I know you live under a rock, and never read or watch the news, so I’m calling to let you know that Michael Jackson died.

ME: Yeah but he’s not really dead, is he?

(Chucking as we reminisce about an old joke between us.)

ME: Remember when we used to act out the “Beat It” video and I’d be the thug on the street who just up and joins the gang as they walk by?

HIM: Yeah. You’re such a tool. Remember when I did the “Thriller” dance at your friend’s wedding and everyone thought I was cool?

ME: Yeah they did all think you were cool but look at the judges!

This would go on for several more minutes as we’d recall certain events in our relationship that somehow involved that celebrity. So naturally, the news of both deaths made me want to sneak outside work and call him up so we could do our thing. Alas, I had to stop myself from risking the reprimand from my boss. I knew there was no point in calling. My ex (who, for privacy reasons, I’ll refer to as Michael) and I dated for nearly 6 years and this routine went on long afterwards. Despite our breakup, we’d managed to stay pretty good friends for a long time, post-coupling. That is, until about a year ago when he started seriously dating someone else. It’s a long, drawn out story of which I will spare you the details (primarily because I don’t know most of them myself ) but it all ends with me writing this current blog about the age-old question. …Sammy Hagar or David Lee Roth? Wait. No. Sorry! Wrong blog. The other age-old question…..can exes really be friends?

Honestly, I believe they can. But once you get to a point where one or both of you is now seeing someone else, you have to be very secure in your new relationship (and so does your new significant other!) in order for a friendship with your ex to continue. It takes a lot of security in yourself and your relationship to genuinely be cool with your Shmoopy maintaining a friendship with their ex. Now before people start shouting obscenities at their screen, I am NOT suggesting that if you’re not so down with your Pookie Bear talking to or hanging out with his/her ex that it means you’re insecure. I’m just saying that you have to be secure if that’s ever going to be a possibility. Many people who are secure in their relationships still don’t want to be exposed to the ex factor.

The way I see it, people end relationships over a plethora of reasons. And sometimes the reasons are bad enough to make you never want to see the person again. I know I have several exes about whom the idea of them being flattened by a steamroller makes me smile. But some, I shared some very good times with and even though they may not have wound up being “the one”, they still had an impact on my life and who I turned out to be. (And I’m sure they’d all be proud to know they helped shape me to become the sarcastic, opinionated, smart-ass, commentator that I am now!) I don’t know how most people act in their own relationships, but I know I like my significant other to be a friend, as well as a boyfriend. And sometimes I don’t necessarily want to throw away a friendship just because we’re no longer locking lips.

Don’t get me wrong, I know that’s easier said than done. You have to get passed the whole “are we still hooking up”, the “I still have a thing for you”, and the “now I can tell you how much I hate your mother” phases. But I truly believe that after all the dust settles, exes can be friends. What makes it tricky is when, as I said before, one gets into another relationship. In many cases, the little green-headed monster rears its ugly head. No, I’m not talking about Yoshi (I happen to think Mario’s dinosaur friend has a cute head). I’m referring to the one that makes us do crazy, rash, and otherwise unimaginable things. Things like snooping, stalking, phone tapping, hiring private “i’s”, etc. We’ve all been there. I could write an entire blog about the insane things I’ve done out of jealousy, but the cops might consider it evidence and charge me. But if you have a secure relationship with your new love bug and are able to keep open and honest communication, I think a friendship with an ex is doable.

Derek (my identity-protected current boyfriend) and I both maintain friendships with exes. And Derek was once engaged to his! Granted, she lives 1300 miles away and they mostly just talk through Facebook (her life isn’t as important enough to Twitter either), but they always tell the other about major life events. He told her about his first recording session and he was one of the first to know she was having a baby. I’ve never met her (mainly due to the several states that lie between us) and haven’t even “friend requested” her on Facebook. Yet I’ve never been upset or concerned about their friendship. I know Derek loves me and is with me because he wants to be. Talking to her isn’t going to affect how he feels about me. And knowing he still thinks so highly of a girl he used to date makes me feel confident in knowing that if for some reason we don’t work out (an unfathomable event, of course), he won’t be trash-talking me. Myself, I still maintain a friendship with the guy I dated before Derek. So much so, in fact, that he and Derek have become friends. Clearly I date a “type”, and it seems Derek and he are so similar that they kind of hit it off. We’ve all hung out on many occasions. He and Derek have even hung out without me!

OK so I realize that’s a pretty rare scenario. Most of you will probably never come home to find your ex and your current sitting on the couch watching TLC together. But there has to be a middle ground in there somewhere. I’m thinking somewhere between the top and the bottom. Maybe we can’t all have pizza with our ex and present at the same time. But does it have to mean we just have to accept that if a break-up occurs, we have to write that person out of our life entirely? (Unless, of course, you keep a blog. Then you can always write him/her back in.)

I guess I really haven’t answered the question. I can’t tell you whether or not exes can be friends. All I can tell you is that “ex-ships” have not created turbulence in my own relationship. But sadly, I believe they have in Michael’s. So he and I may never get to have our traditional phone conversation. Which means I’ll have to settle for reminding you all that, despite what you believe about his personal life….Michael Jackson’s “Beat It” was one of the best videos ever! Admit it, you still want to do the dance when you hear it on the radio (but you can’t because you’re in your car) You know you secretly wish you’d stumble on a gang-dance when you take a wrong turn downtown….and you can’t argue with that.