Where Have You Gone, 1982? A nation turns its lonely eyes to you. 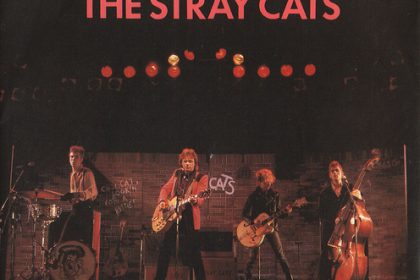 So Derek and I have 4 cats. (For those of you new to my blog, Derek is the identity-protected alias of my boyfriend.) 2 of our cats came to us about a year ago, as kittens. They had been strays, brought into the animal hospital where I worked. A wonderful woman, who dedicates a LOT of her time to rescuing strays and controlling the stray population (cats and dogs….not people), had caught them and brought them in to be spayed. She couldn’t find homes for them, so she was just planning on releasing them back out from where she had found them. I didn’t think such tiny kittens had much chance of surviving out there alone. How would they find food? What would happen when it got cold? How would they fare in a knife fight? What kind of drugs might they get into? What if they were eaten by a coyote? (That last one was a true fear. There is a nasty coyote population in many areas of Nashville and many pets have gone to visit Ceiling Cat/Dog because of them.) So, I took them home. Now they are fully grown and spoiled rotten and keep us awake most of the night with their loud purring.

You’re probably wondering what the heck a sappy, cat-rescue story has to do with 1982. Well, I’m getting there. See, Derek and I decided to be clever and name one of the cats, Setzer. “What’s so clever about that?”, you say? Yeah I figured as much. No one ever gets it. Here we thought we were being so cool and witty, but we were overlooking one very important fact….no one remembers that there ever was a band called The Stray Cats, much less that it was fronted by Brian Setzer! (For those of you still not up to speed, she was a stray cat and Brian Setzer was the lead singer of the rockabilly group, The Stray Cats, so we named her Setzer…..oh forget it!)

It’s not even so much that The Stray Cats were a staple of 80’s culture. Not even a piece of scotch tape, really. I mean, you don’t often have conversations with friends and co-workers reminiscing about your Jordash jeans, jelly bracelets, and MTV-watching when MTV still played music videos, and hear one of them say, “Man, I was totally into The Stray Cats!” But come on….they had two major hits in 1982, one of which was a Billboard Top 10! “The Stray Cat Strut” had everyone walking around with arched backs and fluffy tails. And “Rock This Town” had everyone….well, rocking their towns.

The real tragedy that is represented by everyone’s failure to catch the 80’s reference in our cat’s name, is that the 80’s are slowly falling further and further from our memories. People don’t remember the decade in which Tom Hanks dressed in drag, Aqua-net stock skyrocketed, and parents didn’t have to monitor what their kids were watching on TV because Punky Brewster was always wholesome. With our Nintendo Wiis, iPhones, and MacBook Pros, no one appreciates the ground-breaking technological advances of Atari, cordless phone with call waiting, and Apple computers for drawing with Logo or playing “The Oregon Trail”. Everyone seems to have lost touch with that feeling of awe (which, by the way, is actually how aweSOME became a word), that we had when all these things were not merely new versions, but brand new ideas! And, no one remembers Laura Branigan.

Ok so maybe this blog hasn’t been quite as LOL as some of my previous ones, but I feel this is a serious matter. We need to bring back the 80’s, people! Where is Doc Brown when we really need someone to build a time machine out of a DeLorean? I say we go back. Let’s go back to a time when having a cat named Setzer would make people look at you and say, “Right on, Dude! I’m totally feeling ya!” It’s time to return to a time when the world was free of Britney Spears….because you just can’t argue with that.