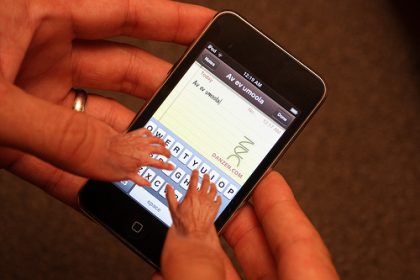 This was a text message sent to my phone by a friend Wednesday evening.

This I replied with my phone inconspicuously hidden under the dash as I drove home from work in Nashville’s notorious, clustershmuck of rush hour traffic. I looked up from the microscopic keyboard on my LG just in time to see the Buick in front of me slam on its brakes for no plausible reason. I yanked the wheel abruptly to the left and skidded out onto the parking lot known as I440. A Home Depot truck reamed passed me, nearly taking off the one side view mirror I still have on my poor little Honda. I cut off a Ford Focus in an attempt to make it back to safety. Finally, I made it to the off ramp. In the midst of all the people honking and telling me that I was number 1 (weird…I always thought you used your index finder for that), I breathed a heavy sigh of relief…..my message was sent.

So it’s finally happened. Tennessee has realized that it ranks 50th in driving in the United States and has decided to give its people one less thing to distract them from the blind rage that seems to ignite every time they get behind the steering wheel. Personally, I’m all for it. Texting while driving can be extremely dangerous. It prevents you from keeping both hands on the wheel (and in cases like me, it prevents you from keeping any hands on the wheel because I can’t type one-handed!) It forces you to take your eyes off the road. And that constant beeping from message alerts is enough to make anyone swerve into a ditch. A recent study actually showed that texting while driving is more dangerous than driving drunk. (I wonder who got to participate in that study!) Of course the most dangerous behavior is driving while texting drunk. Then you wind up on http://www.textsfromlastnight.com/ and other people laugh at your stupidity while they’re supposed to be working.

The one thing I’m not so sold on is the consequence. If you’re caught texting while driving in Tennessee, you will be charged with a non-moving traffic violation. This makes no sense to me. I thought the whole reason for passing this law was to lessen your likelihood of having an accident while driving. It’s been a while since I took physics but I’m pretty sure driving is considered an act of motion. If you were parked in your driveway and texting, there wouldn’t be a problem! But making it a non-moving violation keeps you from getting points added to your license, which is fair. Half the drivers in this state already have more points on their license than on their Kroger gas rewards card. But the thing that really gets me is the fine. If you are caught texting while driving in the Volunteer State, you could be slapped with a $50 fine. Are you kidding me? My text message bill alone costs me more than that a month!

Public response to the new law has been mixed. Some people think it’s great. Some think it’s dumb. Some don’t see it affecting them much, seeing as how they don’t obey the traffic laws anyway. My personal favorite was the girl who was in full support of the ban because she has had 5 fender benders due to texting while driving. Sweetie, if you need a law to stop you from repeating behavior that’s already caused you 5 accidents, you’ve damaged more than your fender! It’s too bad we can’t pass any laws that provide people with common sense!

Other people are worried that this new law is only the beginning. “What next? Is it going to be illegal to use your GPS in your car?” I hope not. Because knowing my luck, they’ll ban that just as I’m finally figuring out what the heck it is! “When are they going to tell us we can no longer change CDs in our stereo?” I can’t believe someone else besides me still drives a car without a 6-CD changer! “I’m just waiting for the day they make it illegal for people to sing along to their radios.” Well let’s face it, some of us shouldn’t anyway.

Regardless of whether you support the new law or not, it has gone into effect. Police officers across the state have warned that they will be strongly enforcing this ban and that yes, they can tell the difference between dialing a number and sending a text. (I must admit, that impresses me. Half the time I can’t tell the difference on my own phone!) So if you absolutely have to reply “K”, when your friend texts you to say she’ll be over at 8, pull over first. I mean hey, 50 bucks could almost fill up your gas tank. Besides, giving it to the state still isn’t going to finish the construction on Briley Parkway….and you can’t argue with that.