Jon and Kate Make Me Regurgitate

by Emily Steele / Tuesday, 08 September 2009 / Published in Can't Argue With That 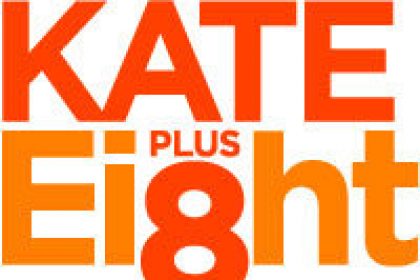 I’m not embarrassed to say that until very recently, I had no idea who Jon and Kate Gosselin were. I mean, I had heard one of my friends once mention this show she watched about this couple who had a boat-load of kids and the dad was a dweeb and the mom was nuts. So naturally, I went home and surfed my cable trying to find what station they were airing “Eight is Enough” reruns on. I love that show! But I soon found out that she was indeed not referring to Dick Van Patten’s claim to fame. (Which, I have to admit was a bit disappointing cuz I love when all the kids make that human pyramid at the end of the opening credits back when TV shows had real theme songs.) Nope. She was referring to TLC’s biggest reality show, “Jon and Kate Plus 8”.

Really? A show about raising 8 kids under the age of 10? Sounds more like a PSA about the dangers of fertility treatments than a good way to entertain oneself for a half an hour. I get nauseous hearing about my co-workers kids! Seriously, I have less than zero interest in Jimmy’s game-winning soccer goal, Susie’s first loose tooth, or Lucy’s getting struck by lightening down at the Boys and Girls Club. You have no idea how hard it is for me to keep faking enthusiasm about this stuff. Oh…yeah…Tim, Damon, Mel….of course I don’t mean your kids! Those stories are completely riveting!

Well, apparently somebody out there enjoys hearing about this drivel because the show is now in its fifth season. (Somebody please tell me how “Arrested Development” got canceled after 2 and a half years and this show has already run for twice that long? What is wrong with this country?) Anyway, this latest season opened to its largest audience in its history. 9.8 million people tuned in to watch and see how Mr. and Mrs. Gosselin were going to respond to Jon’s alleged extramarital booty bumping. 9.8 million people! Almost 10 million Americans had nothing better to do on Memorial Day night than tune in to witness this? Forget universalized health care…that is reason enough for me to move to Canada!

What is our fascination with this nonsense? Even before Jon’s alleged bed hopping, the show was still averaging between 2 and 3 million viewers an episode. Why? What is so interesting about a woman bitching at her husband 24/7 about his lack of assistance in parenting? If I wanted to watch that, I’d spend the evening at my friend Marnie’s house! And the fact that the husband being caught by paparazzi with another woman more than doubled the show’s ratings, is just disturbing. What is our problem? Why are we so riveted by something that will more than likely break up an entire family? It must be the same inner demon that makes us rubberneck when we pass an accident on the highway on the way to work or laugh when someone smacks their funny bone. When it comes right down to it, human beings are a sick and twisted species.

Jon was recently quoted as saying he worries that one day down the road, his kids will google his name and be embarrassed. Which is a legitimate fear. I googled his name to write this blog and I’m embarrassed! What if someday my computer is confiscated and someone finds out that I actually did a search on him? Well Jon, if your kids do wind up googling you someday, you should be happy. It means someone out there still gives a rat’s ass….and you can’t argue with that!